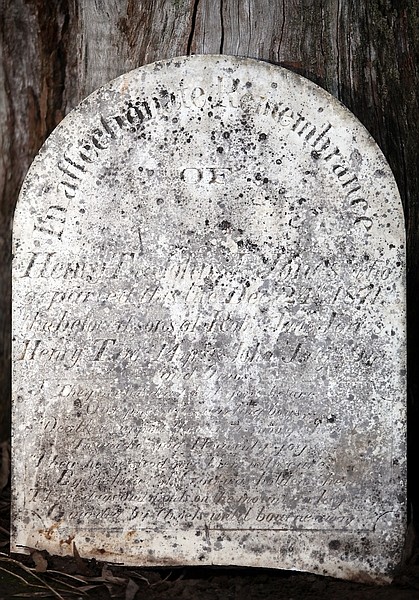 This February 2012 photo shows the tombstone for the family of Robert Jones, which was stolen from the Gold Hill Cemetery in Virginia City, Nev. sometime after 1974. The tombstone, which the church has had since Jean Hood Mickelsen found it in 1978 and brought it to the church, has been returned to the Comstock Cemetery Foundation. (AP Photo/The Press Democrat, Christopher Chung) 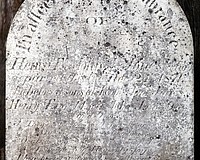