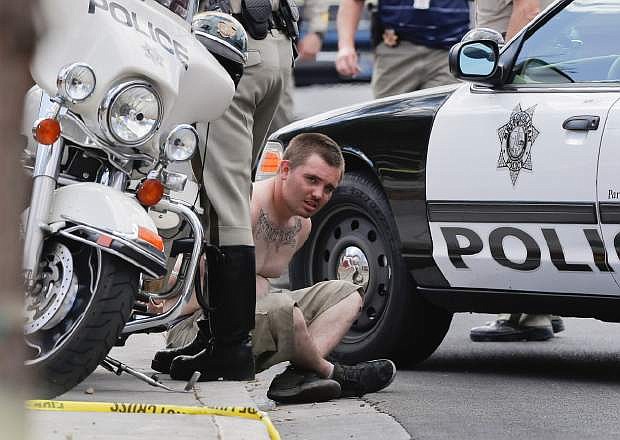 A man sits handcuffed on the sidewalk waiting to be escorted away by police after crashing a vehicle into a crowded restaurant, Monday, April 1, 2013, in Las Vegas. Ten people were seriously injured and at least one person was arrested Monday after the car plowed into the patio of the Egg &amp; I restaurant during the lunch hour and came to rest with its hood inside a shattered plate glass window. Victims were transported to two nearby hospitals with non-life threatening injuries after the crash shortly after 12:30 p.m. (AP Photo/Julie Jacobson) 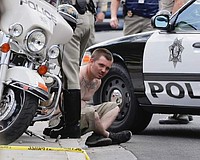