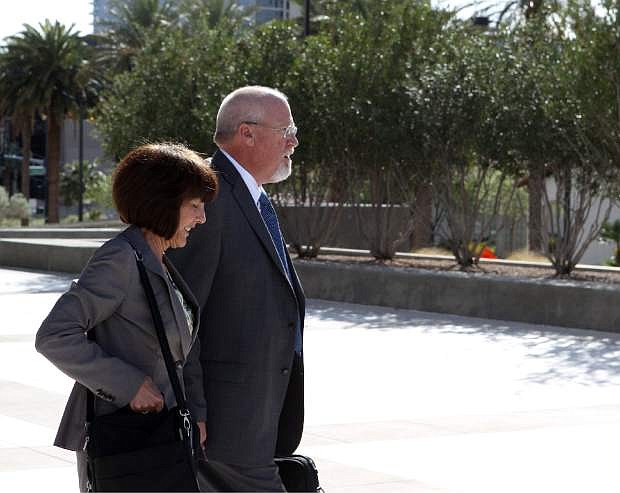 One-time political powerbroker Harvey Whittemore leaves the Lloyd George Federal Courthouse in Las Vegas, Wednesday, April 3, 2013. Whittemore was attending a hearing on whether to toss out the evidence in the campaign contribution case against him. The woman next to him is unidentified. (AP Photo//Las Vegas Review-Journal, Jerry Henkel) 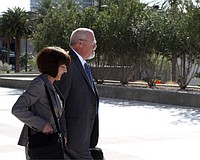