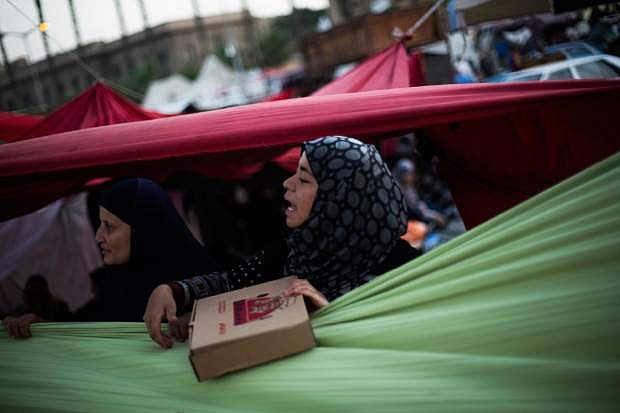 Supporter of Egypt&#039;s ousted President Mohammed Morsi calls to a comrade during a protest near Cairo University in Giza, Egypt, Saturday, Aug. 3, 2013. Egypt&#039;s Interior Ministry warned supporters of ousted President Mohammed Morsi on Saturday for a second time to abandon their protest encampments as a senior U.S. diplomat was meeting with officials on both sides of the political divide to try to find a peaceful resolution to the standoff.(AP Photo/Manu Brabo) 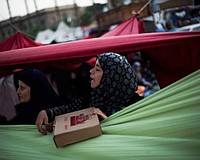