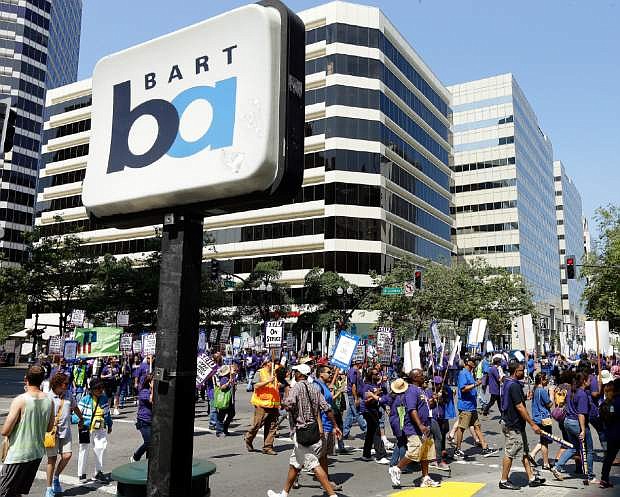 In this file photo from Monday, July 1, 2013, striking Bay Area Rapid Transit workers picket as they close the intersection of 14th &amp; Broadway on Monday, July 1, 2013, in downtown Oakland, Calif. San Francisco Bay Area commuters braced for the possibility of another train strike as the Bay Area Rapid Transit agency and its workers approached a deadline to reach a new contract deal. The two sides were set to resume negotiations at noon on Thursday, Aug. 1, but did not appear close to an agreement. (AP Photo/Ben Margot) 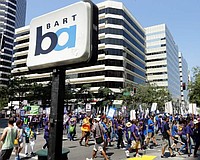