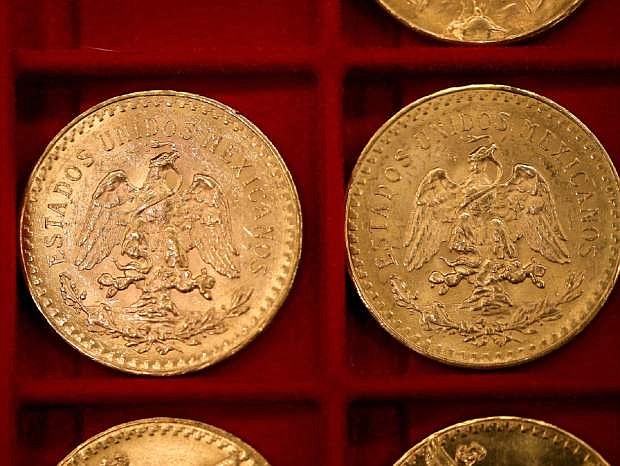 FILE - This Feb. 26, 2013 file photo shows gold Mexican 50-peso pieces that once belonged to Walter Samaszko, Jr. that were up for auction in Carson City, Nev. Samaszko, 69, died in June, 2012, leaving thousands of gold coins and bouillon in his garage. One batch, mostly bullion, was sold at auction in February for $3.5 million. Another auction Tuesday, Aug. 6, 2013 at the Carson City courthouse includes more than 2,600 coins to be sold in six lots. (AP Photo/Las Vegas Review-Journal, Cathleen Allison, File) LOCAL TV OUT; LOCAL INTERNET OUT; LAS VEGAS SUN OUT 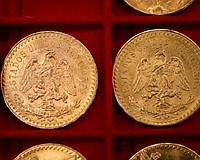