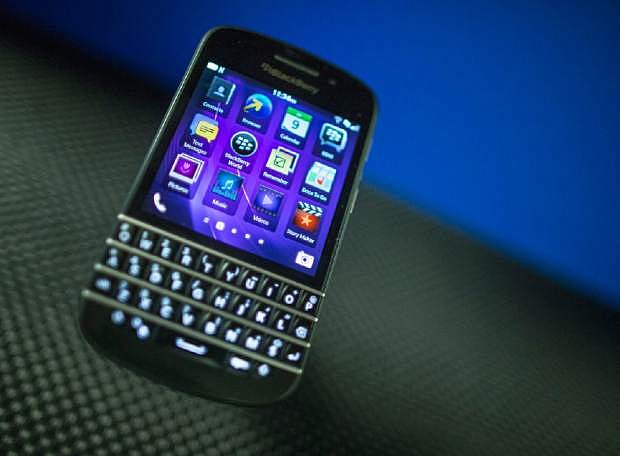 FILE - In this Tuesday, July 9, 2013 file photo, a BlackBerry Q10 appears on display at the company&#039;s Annual and Special Meeting, in Waterloo, Ontario. Struggling smartphone maker BlackBerry will consider selling itself. The Canadian company said Monday, Aug. 12, 2013, its board has formed a special committee to explore &quot;strategic alternatives&quot; in hopes of boosting the adoption of its BlackBerry 10 smartphone. (AP Photo/The Canadian Press, Geoff Robins) 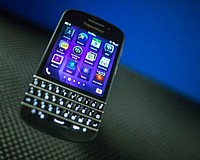 Struggling BlackBerry may put itself up for sale soon