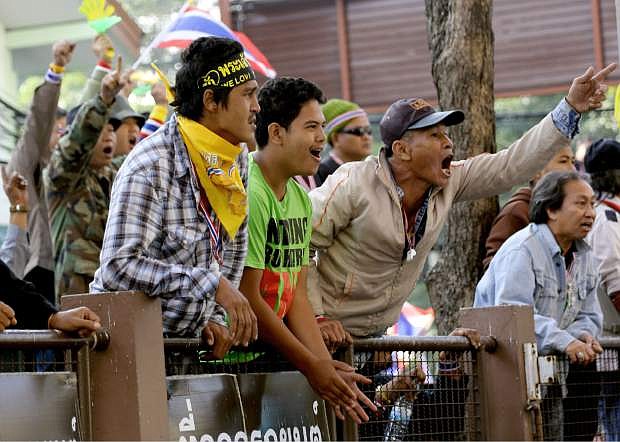 Anti-government protesters chant slogans while blocking a police station near a sports stadium to prevent political parties from making a registration in the upcoming general election in Bangkok, Thailand, Monday, Dec. 23, 2013. Protesters surrounded the sports stadium in an unsuccessful attempt to physically block political parties from registering for the February election. Monday&#039;s move is the latest tactic used by the protesters who are trying to force the downfall of Prime Minister Yingluck Shinawatra. (AP Photo/Apichart Weerrawong) 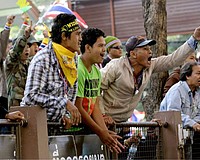