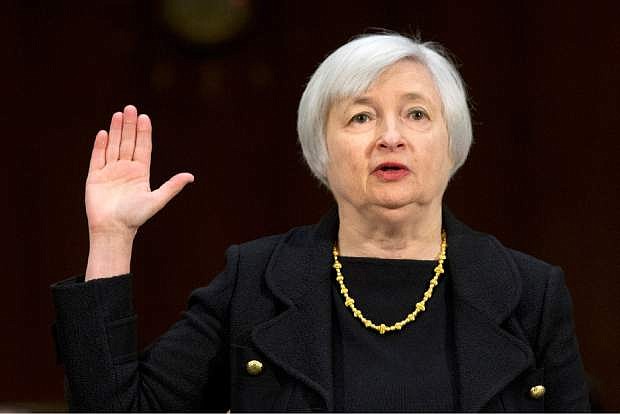 FILE - In this Thursday, Nov. 14, 2013, file photo, Janet Yellen, of California, President Barack Obama&#039;s nominee to become Federal Reserve Board chair, is sworn in on Capitol Hill in Washington, prior to testifying before the Senate Committee hearing on her nomination to succeed Ben Bernanke. The Federal Reserve celebrates 100th birthday at a time of unprecedented global influence on Monday, Dec. 24, 2013. (AP Photo/Jacquelyn Martin, File) 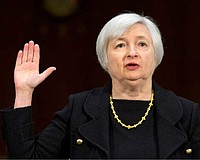