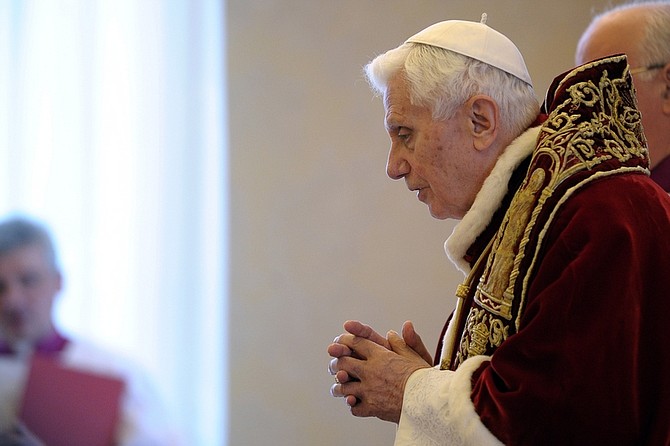 In this photo provided by the Vatican newspaper L&#039;Osservatore Romano, Pope Benedict XVI delivers his message during a meeting of Vatican cardinals, at the Vatican, Monday, Feb. 11, 2013. Benedict XVI announced Monday that he would resign Feb. 28 - the first pontiff to do so in nearly 600 years. The decision sets the stage for a conclave to elect a new pope before the end of March. (AP Photo/L&#039;Osservatore Romano, ho) 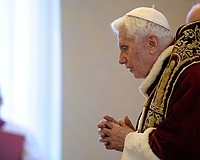