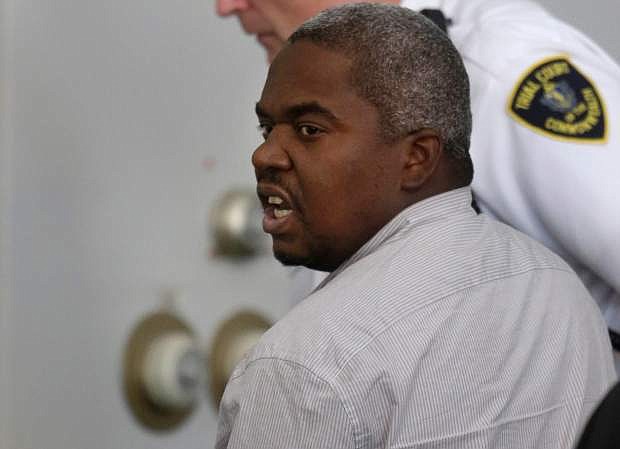 Ernest Wallace, of Miramar, Fla., mouths words to people sitting in Attleboro District Court, in Attleboro, Mass., as he is escorted from the court room after pleading not guilty during his arraignment, Monday, July 8, 2013. Wallace is facing an accessory to murder charge in the case involving former New England Patriots tight end Aaron Hernandez and has been ordered held without bail. (AP Photo/Steven Senne, Pool) 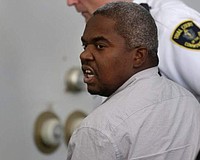