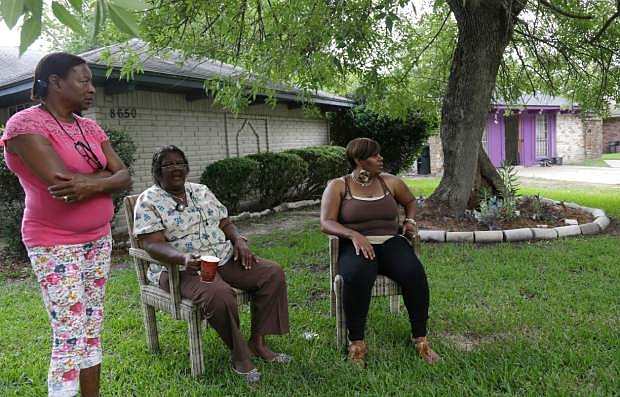 Neighbors watch from their yard as authorities investigate a home, right background, Friday July 19, 2013, in Houston where police say four homeless men were found in deplorable conditions. Officers who responded to a call expressing concern said said they found three men locked in a garage and a fourth in the home who were malnourished and may have been being held so a captor could cash checks the men were receiving. One person was taken into custody. (AP Photo/Pat Sullivan) 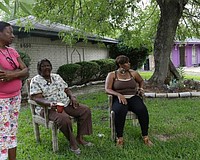 Charges filed after men are found trapped in home