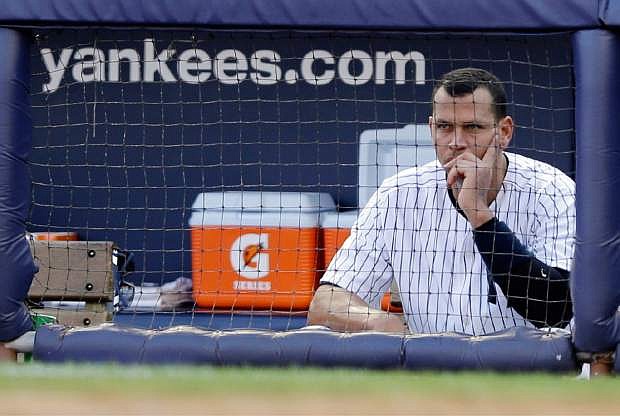 FILE - In this Oct. 14, 2012 file photo, New York Yankees&#039; Alex Rodriguez sits in the dugout after striking out in the second inning of Game 2 of the American League championship series against the Detroit Tigers in New York. Major League Baseball has told the union which players it intends to suspend in its drug investigation and which ones will receive lengthier penalties for their roles in the Biogenesis case. (AP Photo/Matt Slocum, File) 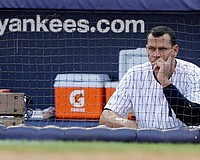 Lifetime ban on table for A-Rod