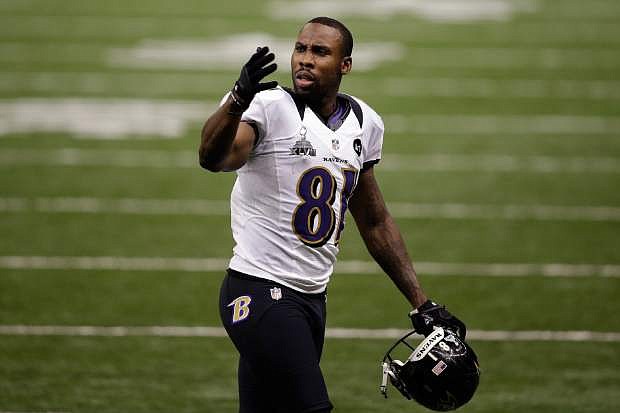 FILE - In this Feb. 3, 2013, file photo, Baltimore Ravens wide receiver Anquan Boldin (81) reacts to a play against the San Francisco 49ers during the NFL Super Bowl XLVII football game in New Orleans. The Ravens announced on Monday, March 11, that the 49ers have acquired Boldin for a sixth-round draft pick. (AP Photo/Elaine Thompson, File) 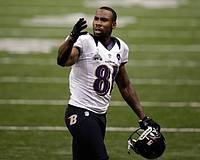