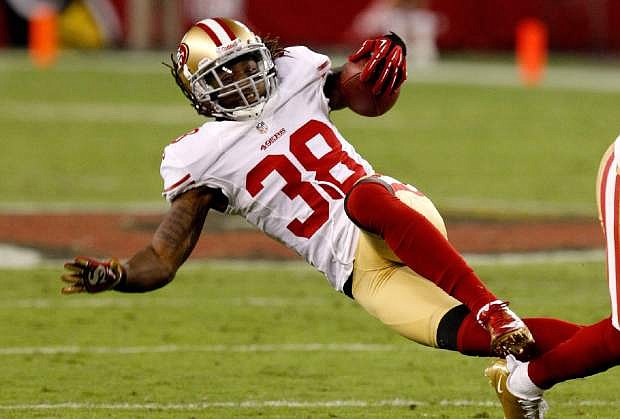 FILE - In this Oct. 29, 2012, file photo, San Francisco 49ers free safety Dashon Goldson is tackled against the Arizona Cardinals during the first half of an NFL football game in Glendale, Ariz. All 32 teams are under the $123 million salary cap, but how much teams want to wheel and deal is unclear. Those available include Goldson, Ed Reed and Wes Welker. (AP Photo/Ross D. Franklin, File) 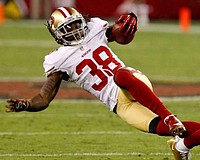 Gonzalez back to Falcons