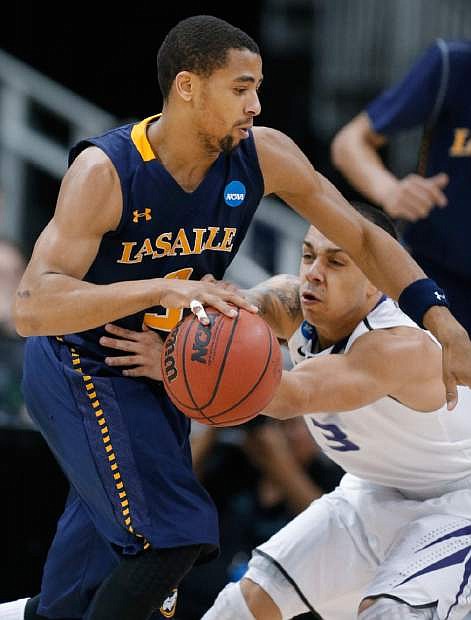 La Salle guard Tyreek Duren (3) is covered by Kansas State guard Angel Rodriguez (13) during the first half of a second-round game in the NCAA men&#039;s basketball tournament at the Sprint Center in Kansas City, Mo., Friday, March 22, 2013. (AP Photo/Orlin Wagner) 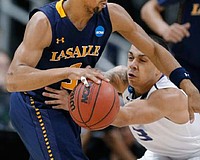