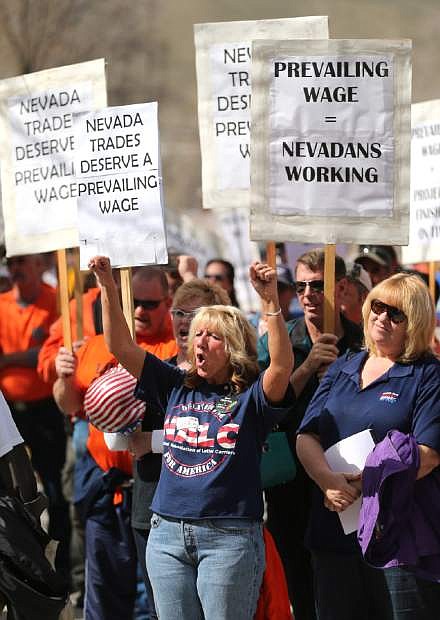 Lisa Contos cheers at a pro-labor rally held to protest a bill that would change the use of prevailing wages in Nevada, on Wednesday, March 27, 2013. Approximately 200 people attended the event in front of the Legislative Building in Carson City, Nev. (AP Photo/Cathleen Allison) 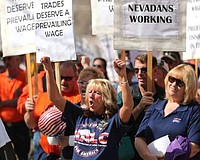