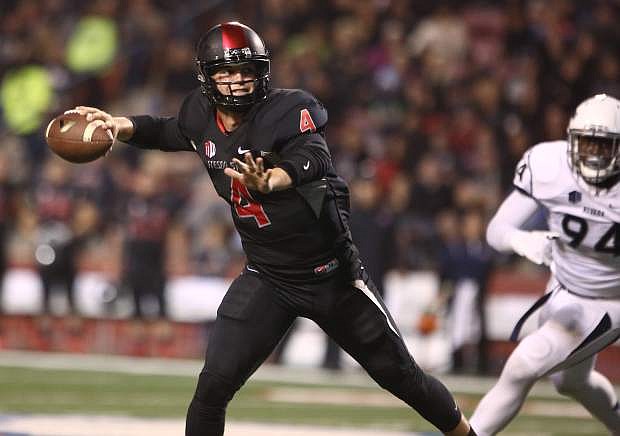 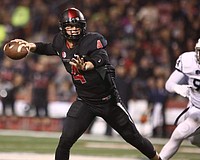 FRESNO, Calif. — Derek Carr threw for 487 yards to break the Fresno State career passing record and lead the 16th-ranked Bulldogs to eight straight wins to open the season for the first time since 1989 with a 41-23 victory over Nevada on Saturday night.