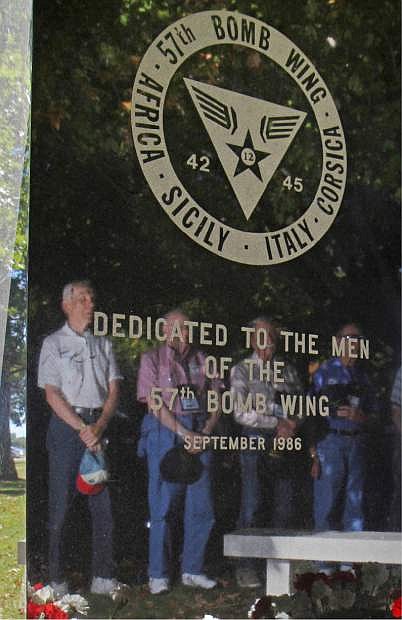 In this Sept. 27, 2013 photo, World War II veterans from the 57th Bomb Wing are reflected in the stone memorial to the wing during a reunion outside the U.S. Air Force Museum at Wright Patterson Air Force base in Dayton, Ohio. As many as 11,000 people served in the 57th that flew missions over German-held Europe from North Africa and the island of Corsica during most of the war. Hundreds survive, according to wing historians and reunion organizers. (AP Photo/Tom Uhlman) 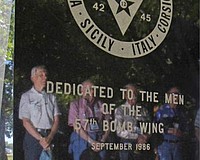