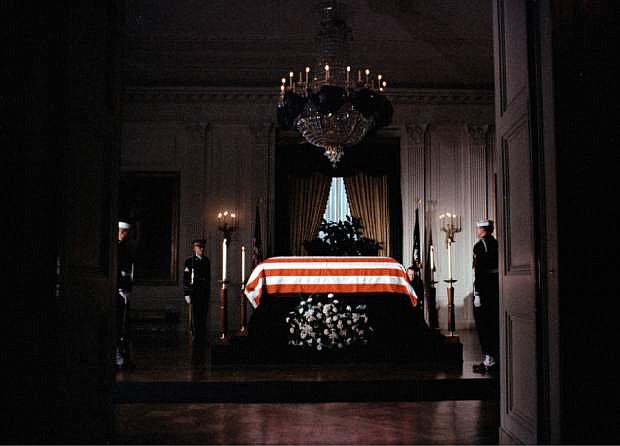 FILE - In this Saturday, Nov. 23, 1963 file photo, the flag-draped casket of President John F. Kennedy lies in state in the East Room of the White House in Washington. &quot;Jackie Kennedy sent word that she wanted the East Room, where the president would lie in state, to look as it did when Lincoln&#039;s body lay there,&quot; remembers Richard Goodwin, a speechwriter and adviser to the administration. He and others went to work. Someone was sent to the Library of Congress for a sketch and a newspaper description from Lincoln&#039;s time; artists and upholsterers were called in, and black crepe was carefully hung. &quot;In the midst of all these activities we would alternately break down in tears,&quot; Goodwin says. (AP Photo) 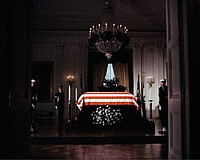