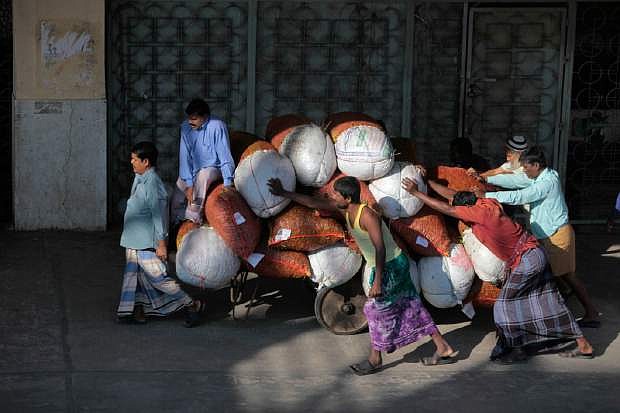 In this Thursday, Nov. 28, 2013 photo, laborers push a cart loaded with goods at a railway station during a 72-hour nationwide strike called by the opposition in Dhaka, Bangladesh. General strikes shutting down transportation, businesses and industry are common tactics in South Asia to press political agendas. In the past month, about 40 people have been killed and hundreds wounded as rival political factions clashed in the streets. At least eight of the dead and 80 of the wounded suffered burns, according to Dhaka Medical College Hospital. Many of the victims were just trying to earn a living in one of the most impoverished countries in the world. (AP Photo/A.M. Ahad) 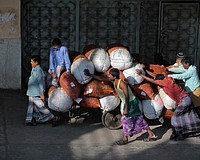