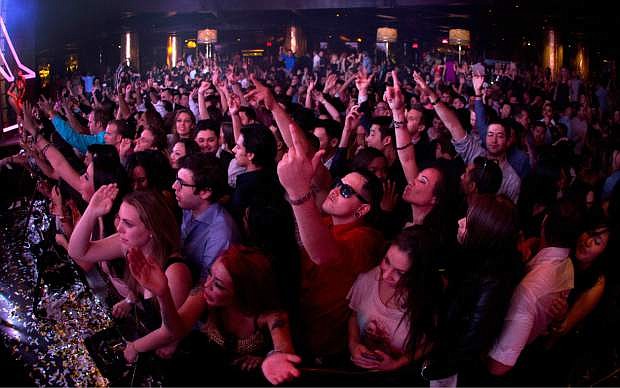 FILE - This Jan. 20, 2013 file photo, revelers dance to the music played by DJ Afrojack inside the XS nightclub in Las Vegas. A poll conducted this year by the national gambling lobby found that 26 percent of casino-goers now eschew wagering, and the city&#039;s growing mega-clubs are threatening to become the most lucrative draw for a town built on betting. Las Vegas now boasts 21 of the country&#039;s 100 most profitable nightclubs, according to the trade publication Nightclub &amp; Bar. The town also dominates the top 10 spots, with seven clubs bringing in more than $25 million a year. The other three clubs with earnings in the same range are LIV and Mango&#039;s Tropical Cafe in Miami Beach, and LAVO in New York City. (AP Photo/Julie Jacobson) 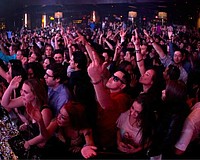 Clubbing almost as popular as gambling at Las Vegas casinos

LAS VEGAS — The cannon at the Flutter Fetti booth near the front of the gambling trade show in Las Vegas last week delivered regular bursts of metallic and crepe paper cutouts, shooting them to the ceiling in big booms and carpeting the floor with shimmering hearts, stars and circles. The glittery mess outshone the slot machines and online poker touchscreens in more ways than one.