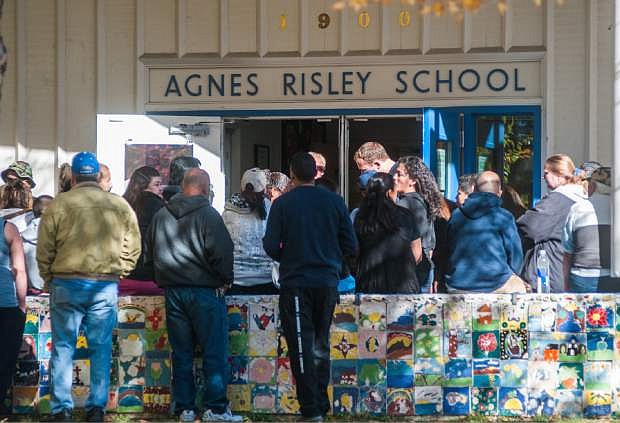 Parents wait for officials to release their children from Agnes Risley Elementary School, where some students were evacuated to after a shooting at Sparks Middle School on Monday, Oct. 21, 2013 in Sparks, Nev. A middle school student opened fire on campus just before the starting bell Monday, wounding two boys and killing a staff member who was trying to protect other children, Sparks police said Monday. The lone suspected gunman was also dead, though it&#039;s unclear whether the student committed suicide. (AP Photo/Kevin Clifford) 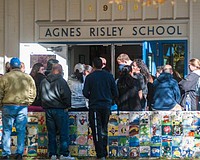