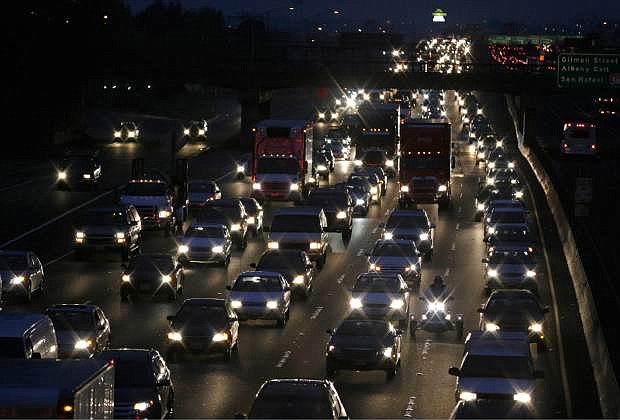 With the BART transit system on strike, traffic slows on Interstate 80 leading to the San Francisco-Oakland Bay Bridge during the morning commute Monday, Oct. 21, 2013, in Berkeley, Calif. San Francisco Bay Area commuters started the new work week on Monday with gridlocked roadways and long lines for buses and ferries as a major transit strike entered its fourth day. At the same time, federal investigators were searching for clues to a weekend train crash that killed two workers. (AP Photo/Eric Risberg) 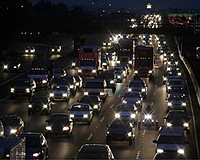