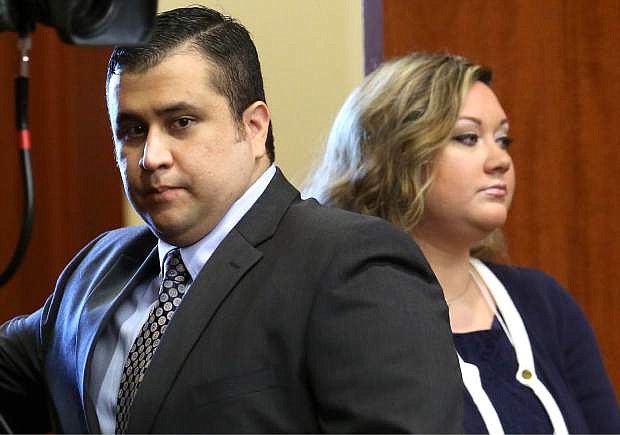 In this June 24, 2013 file photo, George Zimmerman, left, arrives in Seminole circuit court, with his wife Shellie, in Sanford, Fla. Shellie Zimmerman called police on Monday, Sept. 9, 2013, saying her husband threatened her and her dad with a gun. Zimmerman was acquitted in the 2012 shooting death of Trayvon Martin. (AP Photo/Orlando Sentinel, Joe Burbank, Pool, File)