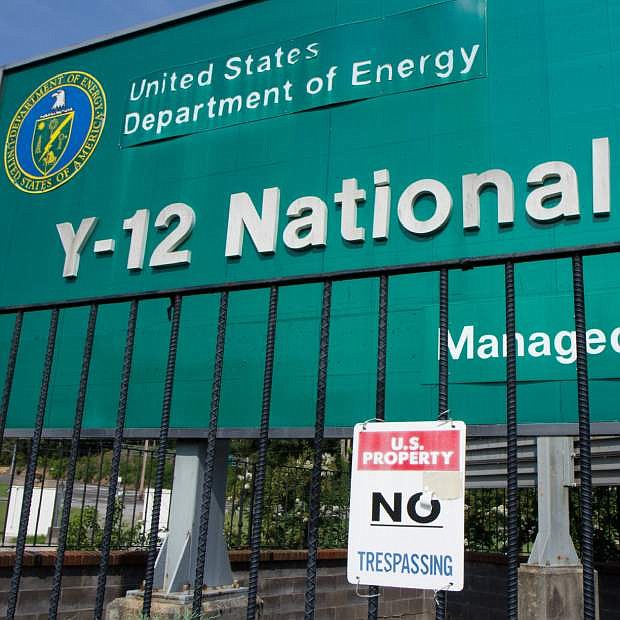 FILE - This Aug. 17, 2012 file photo shows signs warning against trespassing onto the Y-12 National Security Complex in Oak Ridge, Tenn. The price tag for a new uranium processing facility in Tennessee has grown nearly sevenfold in eight years to upward of $6 billion because of problems that include a redesign. The nuclear labs are getting renewed scrutiny in light of forced across-the-board federal budget cuts and high-profile security lapses, such as an incident last year in Tennessee. Protesters there cut through a fence and spread blood on the walls of a plutonium lab before being detected. (AP Photo/Erik Schelzig) 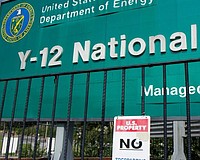