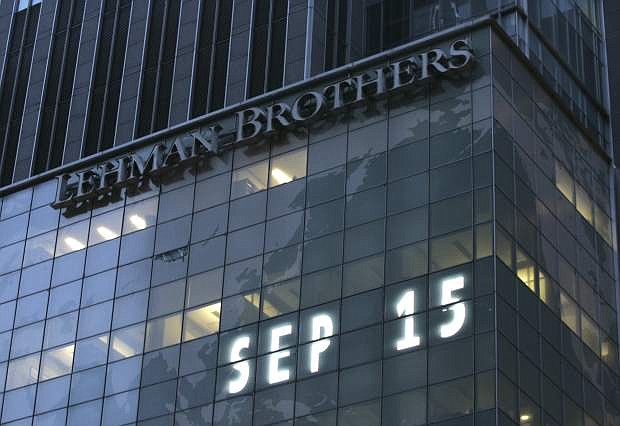 FILE - In this Sept. 15, 2008 file photo, Lehman Brothers world headquarters is shown in New York, the day the 158-year-old investment bank, choked by the credit crisis and falling real estate values, filed for bankruptcy. After weeks of intense focus on the crisis in Syria, the White House is set to use the five-year anniversary of the Lehman Bros. collapse next week to lay claim to an economic turnaround and to press congressional Republicans to not use the threat of a shutdown or a unprecedented debt default to extract a delay of President Barack Obama&#039;s signature health care. (AP Photo/Mark Lennihan, file) 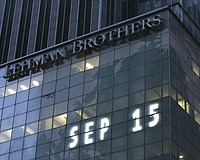