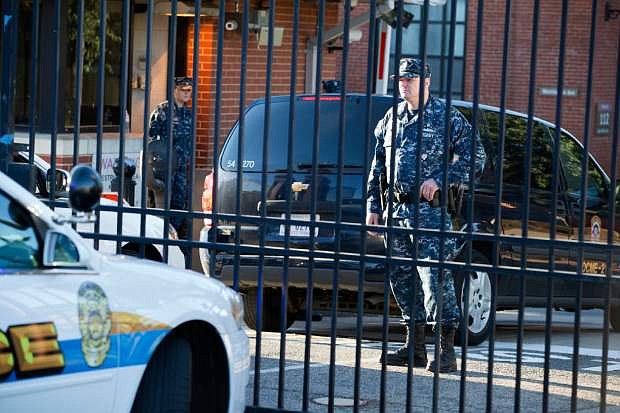 Members of the Navy guard inside of the closed Washington Navy Yard in Washington, on Tuesday, Sept. 17, 2013, the day after a gunman launched an attack inside the Washington Navy Yard on Monday, spraying gunfire on office workers in the cafeteria and in the hallways at the heavily secured military installation in the heart of the nation&#039;s capital. Only essential personnel were being permitted inside, according the authorities. (AP Photo/Jacquelyn Martin) 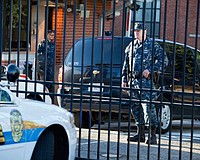