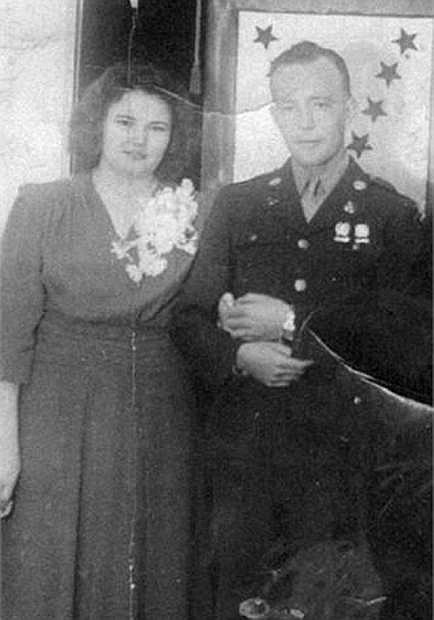 In this undated family photo provided by Kevin Smith is a wedding picture of Pfc. John Farrell Eddington and his wife, Helen. Seven decades after the Missouri soldier died in World War II, Peggy Smith, the daughter he never met is about to get his Purple Heart medal, along with the emotional letter her father wrote just weeks after her birth, at a ceremony Saturday in Dayton. 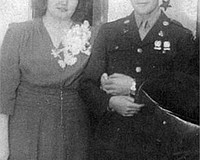