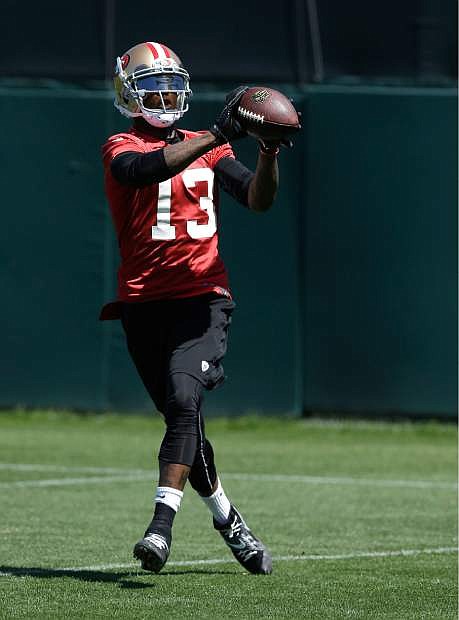 FILE - In this June 17, 2014 file photo, San Francisco 49ers wide receiver Stevie Johnson (13) catches a pass during NFL football minicamp in Santa Clara, Calif. Johnson had produced three straight 1,000-yard seasons with 23 touchdown catches as Buffalo&#039;s most dynamic player in the passing game when that streak ended in frustrating fashion last year. There were injuries and the unexpected death of his mother. Now he has a chance to start a new streak with his new team, back home in the Bay Area. AP Photo/Jeff Chiu, File) 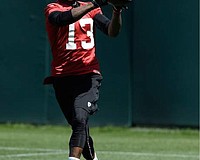