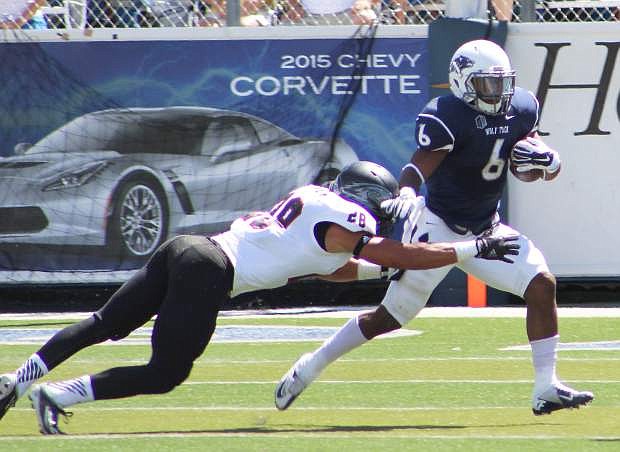 Nevada running back Don Jackson (6) tries to avoid a tackle from Southern Utah&#039;s Miles Killebrew (2) in Saturday&#039;s season opener for both teams at Mackay Stadium. 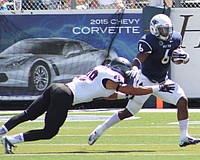 The Nevada Wolf Pack’s 28-19 season-opening victory over the Southern Utah Thunderbirds at Mackay Stadium on Saturday definitely had a 2013 feel to it.