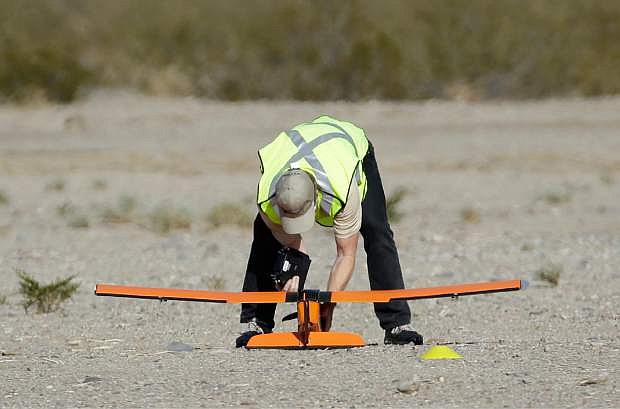 Scott Carrigan of Sensurion Aerospace picks up the company&#039;s Magpie commercial drone after it crashed during launch Friday, Dec. 19, 2014, near Boulder City, Nev. The attempted flight was at an event to announce the FAA&#039;s first issuance of an unmanned aerial systems test site special airworthiness certificate. (AP Photo/John Locher) 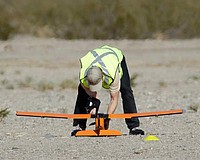