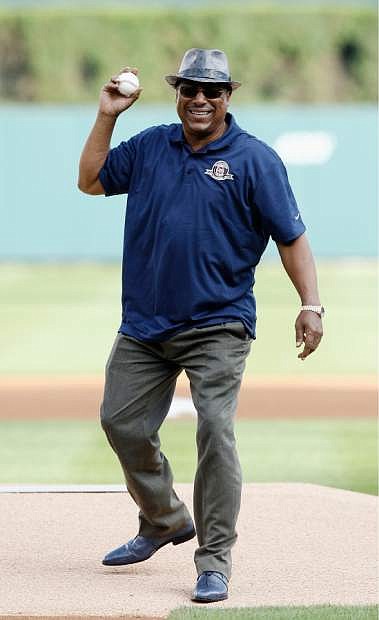 Former Detroit Tigers second baseman Lou Whitaker fakes a throw of a ceremonial first pitch before going to second base and making the toss to former Detroit Tigers shortstop Alan Trammell during a celebration of the Tigers 1984 World Series Championship before a baseball game against the Oakland Athletics, Monday, June 30, 2014, in Detroit. The pair played those positions together for 19 years. (AP Photo/Duane Burleson) 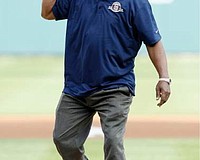