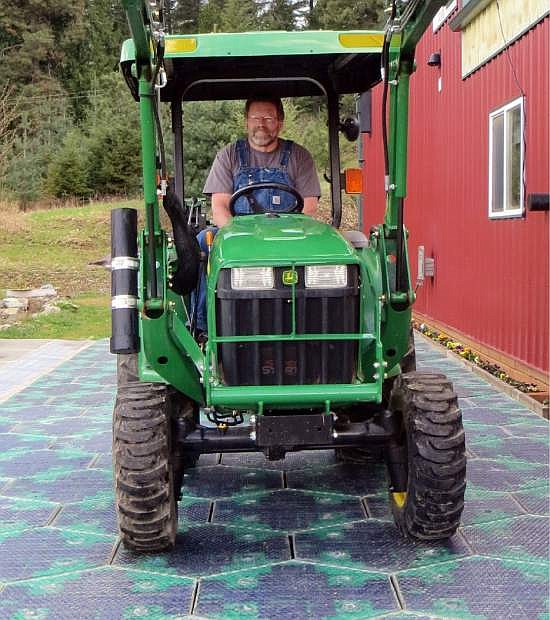 In this May 2014, photo provided by Solar Roadways, Scott Brusaw drives a tractor on a prototype solar-panel parking area at his company&#039;s business in Sandpoint, Idaho. Brusaw&#039;s idea for solar-powered roads has gone viral and raised more than $1.4 million in crowdsourced funding. Brusaw is proposing to pave driveways, parking lots, bike trails and, eventually, highways with hexagon-shaped solar panels that will produce electricity and could even propel electric cars. (AP Photo/Solar Roadways) 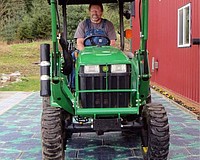