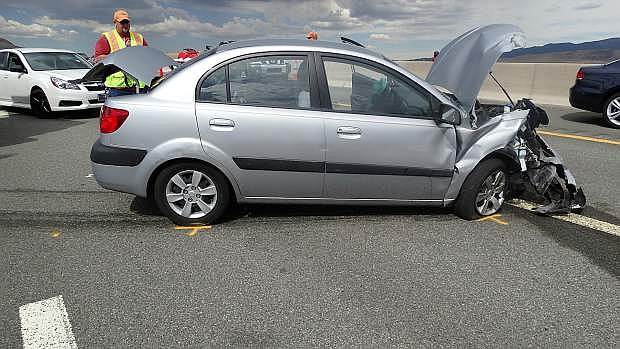 Gardnerville resident Dorothy S. Hunter was killed Monday in a car accident on I-580. 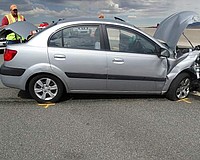 A Gardnerville woman was killed Monday afternoon when her car went out of control on I-580 about two miles north of Bower’s Mansion. A spokesman for the Nevada Highway Patrol said the reason the 2007 silver KIA left the roadway and hit the concrete wall on the left shoulder is unknown. Speed, alcohol and drugs were not believed to be a factor in the accident and no other vehicles were involved.