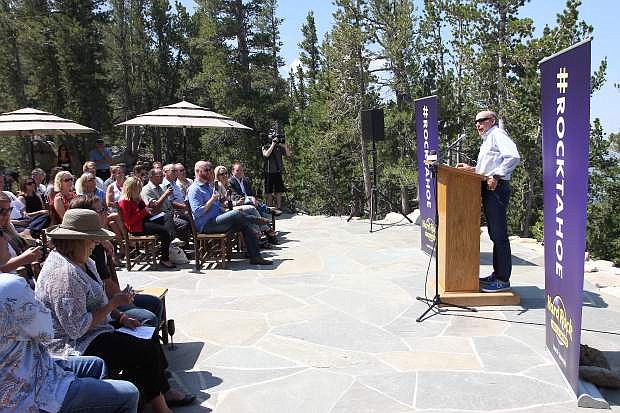 The announcement of a new Hard Rock hotel and casino in the South Shore was made Thursday at Heavenly Mountain Resort. 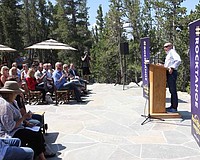 STATELINE, Nev. — Rumors of a Hard Rock hotel coming to Lake Tahoe proved to be true Thursday, after weeks of speculation as to what would become of the old Horizon Casino Resort. Hard Rock Hotel & Casino Lake Tahoe, a fully integrated gaming resort planned for the South Shore, will replace what was once the Horizon when renovations wrap up in late 2014 or early 2015, according to an official announcement made at Heavenly Mountain Resort.