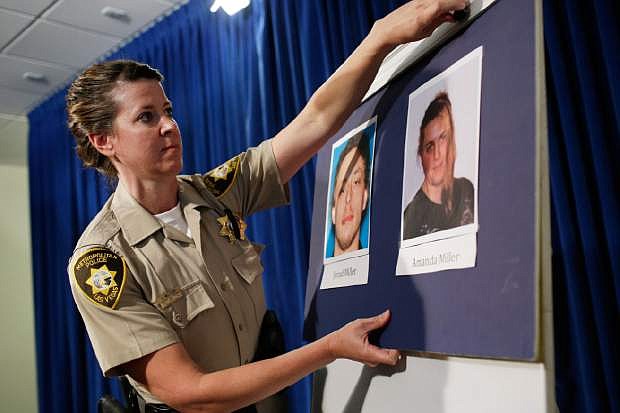 Las Vegas Metropolitan Police Department Officer Laura Meltzer hangs up pictures of suspects Jerad Miller and Amanda Miller before a news conference Monday, June 9, 2014 in Las Vegas. Two police officers were having lunch at a strip mall pizza buffet when the Millers fatally shot them in a point-blank ambush, then fled to a nearby Wal-Mart where they killed a third person and then themselves in an apparent suicide pact, authorities said. (AP Photo/John Locher) 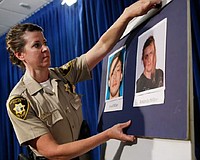