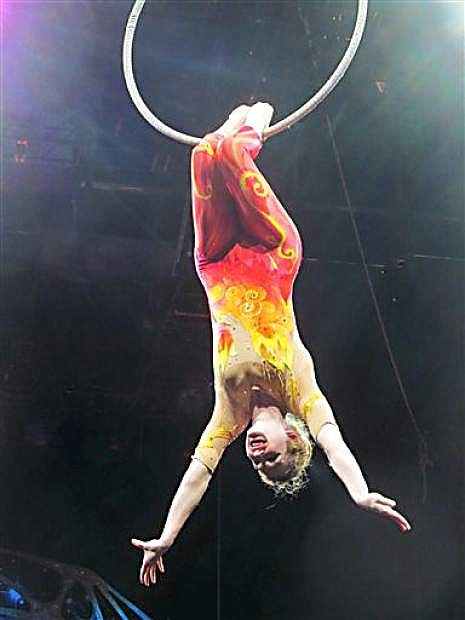 In this undated family photo, Samantha Pitard performs a heel hang from the lyra (aerial hoop) during the Ringling Bros. and Barnum &amp; Bailey Legends pre-show. Pitard was one of eight acrobats performing a hair-hanging stunt on Sunday May 4, 2014 during a Ringling Bros. and Barnum &amp; Bailey circus when a clip at the top of the chandelier-like apparatus snapped. Pitard was the first of the acrobats to be released from the hospital. (AP Photo/Wayne T. Pitard) 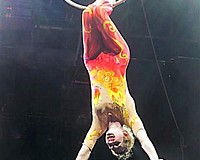 Circus acrobat is willing to do hair-hanging again