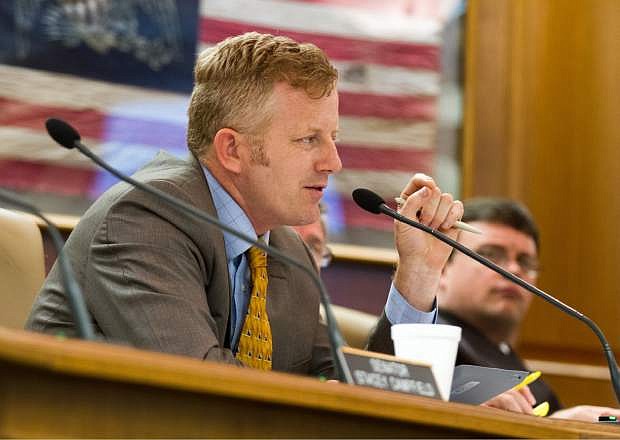 FILE - In this May 16, 2013, file photo, Republican state Sen. Stacey Campfield of Knoxville speaks at a Senate subcommittee hearing in Nashville, Tenn. Campfield was criticized by leaders of both the Republican and Democratic parties in Tennessee on Monday, May 5, 2014, for writing a blog post likening the insurance requirement under President Barack Obama&#039;s health care law to the forced deportation of Jews during the Holocaust. (AP Photo/Erik Schelzig, File) 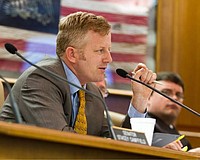