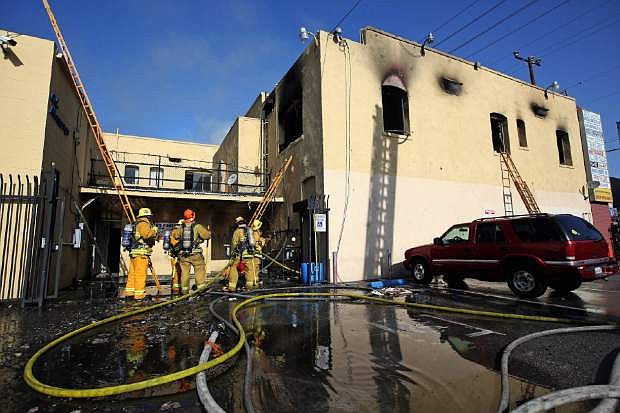 Los Angeles firefighters look over a building fire in the Hollywood area of Los Angeles Tuesday, May 6, 2014. The blaze, reported just after 7 a.m., burned so fiercely for a time that firefighters were ordered off the roof and also retreated from the interior, fighting the flames from the outside with streams of water from hoses on ladder trucks. Fire Department spokeswoman Katherine Main says nearly 150 firefighters battled the blaze for more than 90 minutes before it was extinguished. Main says no injuries have been reported. (AP Photo/Nick Ut) 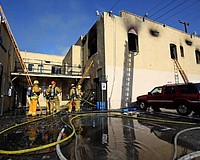