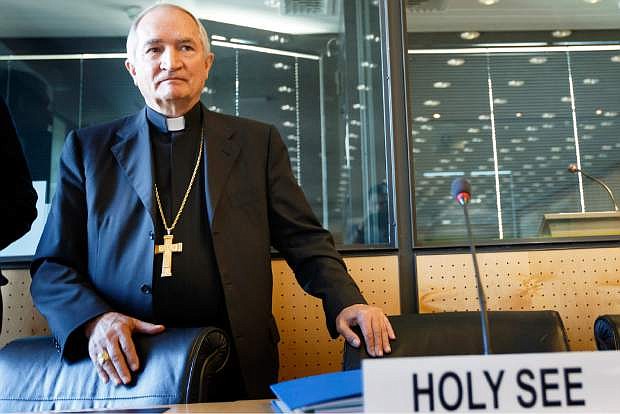 FILE - In this Monday, May 5, 2014, file photo, the Vatican&#039;s United Nations ambassador in Geneva, Archbishop Silvano M. Tomasi, arrives prior to the U.N. torture committee hearing on the Vatican, at the headquarters of the office of the High Commissioner for Human Rights (OHCHR) in the Palais Wilson, in Geneva. Tomasi revealed comprehensive statistics for the first time Tuesday on how the Vatican has disciplined priests accused of raping and molesting children, saying 848 priests have been defrocked and another 2,572 given lesser sanctions over the past decade. (AP Photo/Keystone, Salvatore Di Nolfi, File) 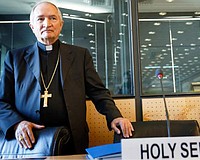