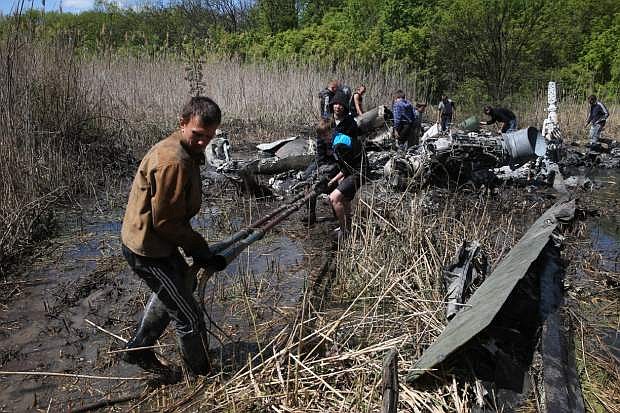 Local citizens collect parts of a downed Ukrainian military helicopter near a small town Raigorodok, outside Slovyansk, Ukraine, Tuesday, May 6, 2014. The helicopter was forced to make an emergency landing Monday during intense fighting in Slovyansk and was later destroyed by Ukrainian troops, who sought to ensure it did not fall into the hands of insurgent forces. (AP Photo) 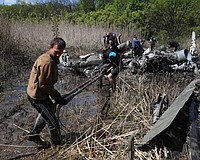