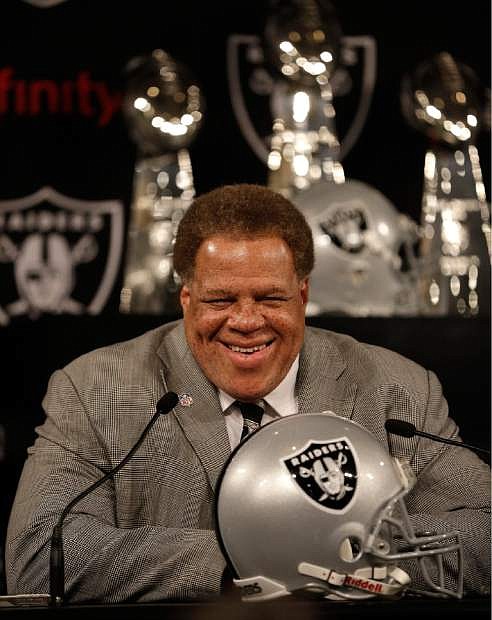 Oakland Raiders general manager Reggie McKenzie smiles during a news conference Thursday, May 8, 2014, at the Raiders&#039; practice facility in Alameda, Calif. The Raiders found the pass rusher they wanted when they selected Buffalo linebacker Khalil Mack with the fifth overall pick in the first round of the NFL draft Thursday night. (AP Photo/Ben Margot) 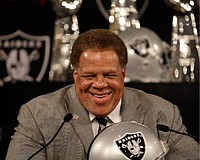