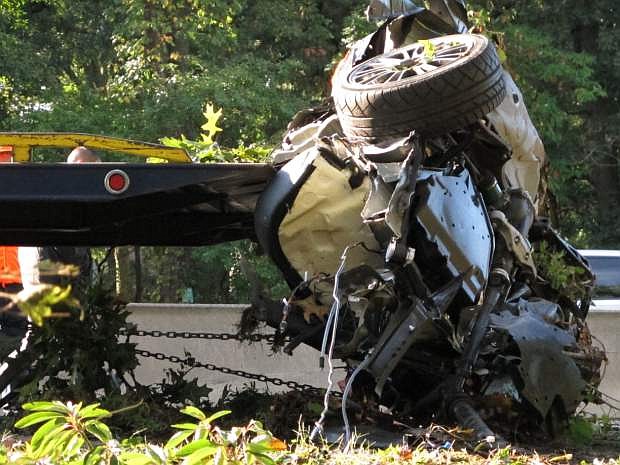 FILE - This Oct. 8, 2012 file photo shows the wrecked Subaru Impreza in which four people died as it is loaded onto a flatbed truck on the Southern State Parkway in West Hempstead, N.Y., after and early-morning accident. At the wheel was a New York teenager, Joseph Beer, who had smoked about $20 worth of marijuana, before getting into the car with four friends, and driving over 100 mph before crashing into trees with such force that it split the car in half. As states liberalize their marijuana laws, public officials and safety advocates worry that more drivers high on pot will lead to a spike in traffic deaths. Researchers who have studied the issue, though, are divided over whether toking before taking the wheel in fact leads to more accidents. (AP Photo/Frank Eltman, File) 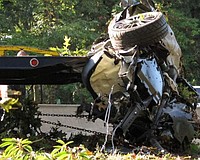