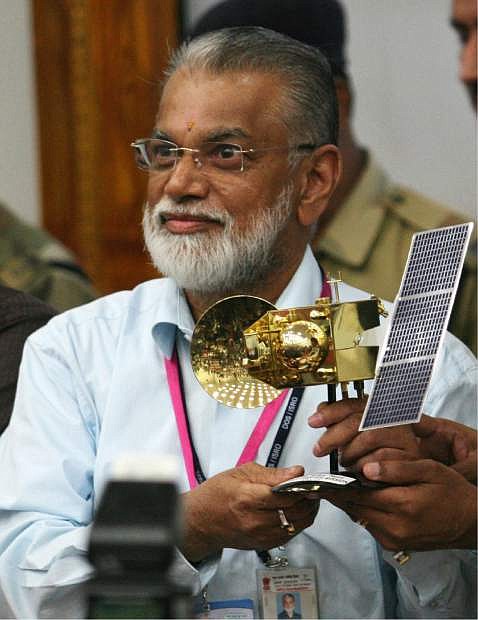 FILE - In this Nov. 5, 2013 file photo, Indian Space and Research Organization Chairman, K. Radhakrishnan, poses for the media with a model of the Mars orbiter after its successful launch at Sriharikota, India. With home-grown technology and a remarkably low budget of about $75 million, India could become the first nation to conduct a successful Mars mission on its first try. If the Mars Orbiter Mission, or MOM, settles into orbit in the morning, Wednesday, Sept. 24, 2014 as planned, the country will join the U.S., European Space Agency and the former Soviet Union in the elite club of Martian explorers. (AP Photo/Arun Sankar K, File) 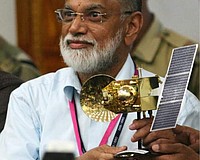 NEW DELHI — India will soon know if its first interplanetary mission will achieve its goal, when a spacecraft built with homegrown technology for a remarkably low price tag of $75 million begins its final maneuvers into orbit around Mars.