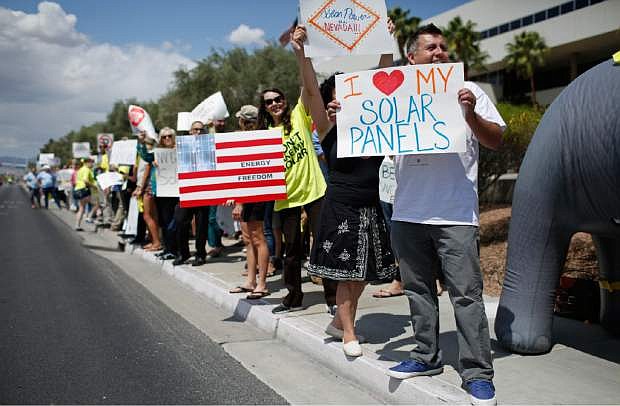 Protestors, including Ronald Brittan, right, line up along the street during a rally in front of NV Energy Wednesday, April 22, 2015, in Las Vegas. Hundreds of activists gathered outside NV Energy headquarters in Las Vegas to protest a state cap affecting rooftop solar installations and urge the Legislature to lift it. (AP Photo/John Locher) 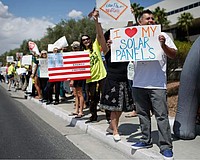 NV Energy debate with solar groups heats up with protest