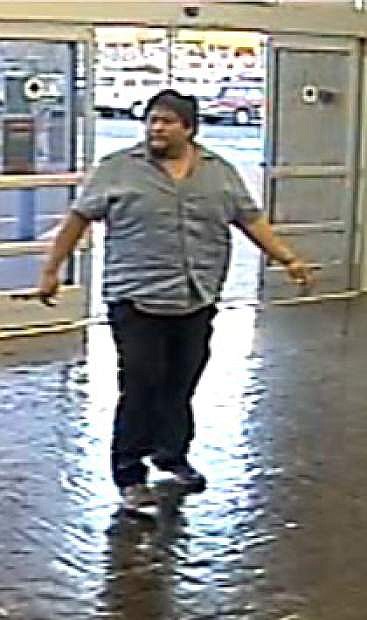 Security footage of the man accused of attempting to steal items from the Topsy Way Walmart. 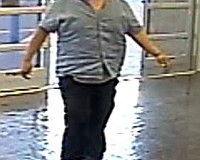 The Douglas County Sheriff’s Department is asking the public for help in locating a man accused of attempted theft. On March 18, at 7:03 p.m., a male suspect tried to leave the Topsy Way Walmart with various unpaid items in his cart. When security confronted him, he ran across the parking lot and got into a vehicle, he was last seen traveling south on Highway 395.