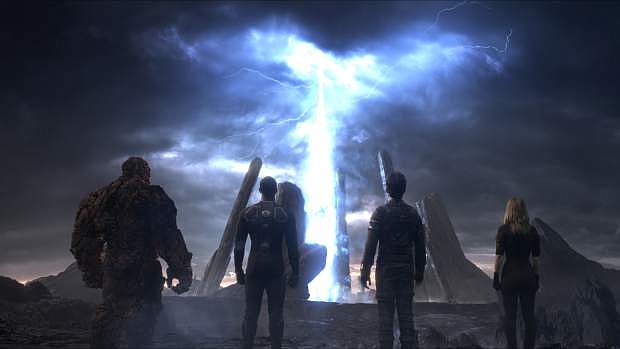 This photo provided by courtesy Twentieth Century Fox shows, The Thing, from left, Michael B. Jordan as Johnny Storm, Miles Teller as Dr. Reed Richards, and Kate Mara as Sue Storm, in a scene from the film, &quot;Fantastic Four.&quot; The movie releases in U.S. theaters on Friday, Aug. 7, 2015. (Twentieth Century Fox via AP) 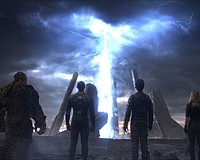