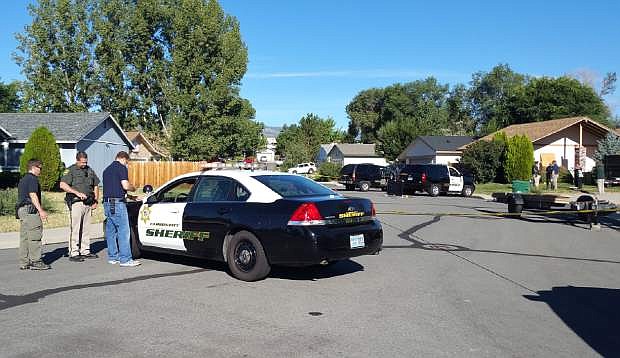 Sheriff&#039;s investigators go over the scene of an early-morning shooting that left one deputy and one suspect dead at a home, far right, in Carson City, Nev., Saturday. Aug. 15, 2015. Sheriff&#039;s officials say deputies were responding to reports of domestic battery and reported an injured woman at the scene. Deputies say the male suspect came out of the house within minutes and fatally shot one of the Carson City sheriff&#039;s deputies. The suspect was later found dead at the scene. (AP Photo/Michelle Rindels) 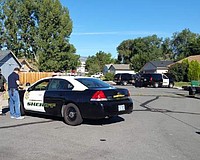 Residents of an east Carson City neighborhood where a sheriff’s deputy was shot and killed early Saturday morning said they heard shouting before a volley of gunshots rang out shortly before 2:30 a.m. Ray Cochran, who lives on the street behind the Montez Drive home where the incident took place, said he was awake when he heard yells coming from the area behind his house.