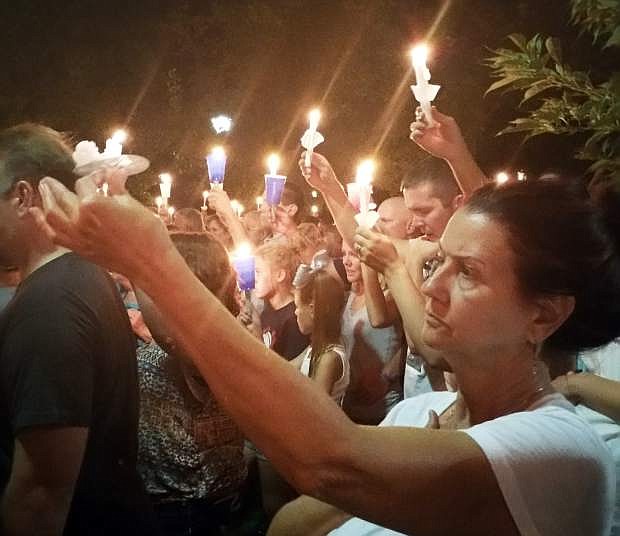 In this Saturday, Aug. 15, 2015 photo, mourners hold candles at a vigil on Nevada Capitol grounds in Carson City, Nev., honoring fallen Carson City deputy Carl Howell. Howell was killed earlier Saturday after a shootout during a domestic violence call. The suspect in the confrontation died on the scene. (AP Photo/Michelle Rindels) 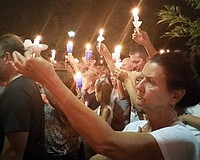 Multiple organizations are collecting donations to support the loved ones of a fallen Carson City Deputy Carl Howell. Howell was killed Saturday morning in the line of duty while responding to a physical domestic disturbance call at the 4100 block of Montez Drive. A male suspect, Jonathon Pope, came out of the residence while Howell was talking with the female victim and opened fire. Howell was able to return fire, killing Pope.